3/23/2021
By Laura Hamlin Weiler ’00, Head of Community Engagement
Kendall ’24 turns challenging diagnosis into opportunity to educate, organize and inspire
Elsa Kendall ’24 is seeing red these days, and that is a good thing. March is Bleeding Disorders Awareness Month, and Kendall is on a mission to spread awareness and education. Kendall suffers from hemophilia, a medical condition in which the ability of the blood to clot is severely reduced. This means even minor injuries can be dangerous for those with hemophilia.
Kendall was diagnosed at age six, though her parents had been concerned when she was an infant and would bruise easily. Because hemophilia is rarer in females, doctors did not initially test for it in Kendall. It wasn’t until kindergarten that she received the diagnosis that would change her life and ignite a passion.
Even at such a young age, Kendall learned how to use extra caution in her daily life. Contact sports were not an option, and the most significant concerns were head injuries and nose bleeds.
Says Kendall, “I had to be a lot more cautious than most kids and learned to be aware of my surroundings at all times.”
At age 8, Kendall, who was born in Seattle, moved with her family to Richmond and it was here, close to the nation’s capital, that her interest in advocating for those with blood disorders took root. She began lobbying before the General Assembly both on a state level in Richmond and on a national level in Washington, D.C. Her work through the Virginia Hemophilia Foundation taught her advocacy skills like public speaking and self-advocacy. “My mom was the advocacy co-chair for the Virginia Hemophilia Foundation (VHF), and our family became involved in working to help affect change and legislation around bleeding disorders,” says Kendall.
Kendall turned what could have been a defeating diagnosis into an opportunity to educate others and engage in life-changing experiences.
“Learning how legislation is created and spending the day on Capitol Hill, getting to see the government’s innerworkings and get to see the impact that you have on it, is amazing. It personalizes the process and you get to tell your story to a group of people who didn't know it before,” Kendall explained.
Kendall has also found a community of others who have bleeding disorders and appreciates the sense of camaraderie among the group, especially other females dealing with hemophilia. She has also participated in some unique experiences, like leading her 6th grade class in a genetics lesson. “My science teacher asked me to teach the lesson because the textbook was out of date and said that women could not get hemophilia,” she said.
Kendall also participated in CSL Behring Junior National Championship in Phoenix, Arizona in 2019. This event was a three day event for children with bleeding disorders in which they can compete in three non-contact sports (swimming, baseball, and golf) while also meeting with
professionals in those sports. Kendall worked with Perry Parker, a professional golfer and golf pro who has hemophilia. Kendall even won the long drive competition!
In 2020, Kendall attended the Rare Disease Week at National Institutes of Health library in Bethesda, Maryland. Among the special events during the week, Kendall was able to tour the library and see where PubMed.gov, a collection of more than 32 million biomedical scholarly articles, is run. For this aspiring librarian, it was an inspiring experience. Kendall hopes to double major in English and Spanish, and then earn a master’s degree in library science, possibly becoming a youth services librarian.
It is clear from her passion, poise, and conviction that Kendall will have an impact wherever she goes. She has a perspective that enables her to see opportunities where others see limits. This combination bodes well not only for Kendall’s future but for all with blood disorders, so that soon we may all be seeing more red.
Back
Date Posted
No comments have been posted 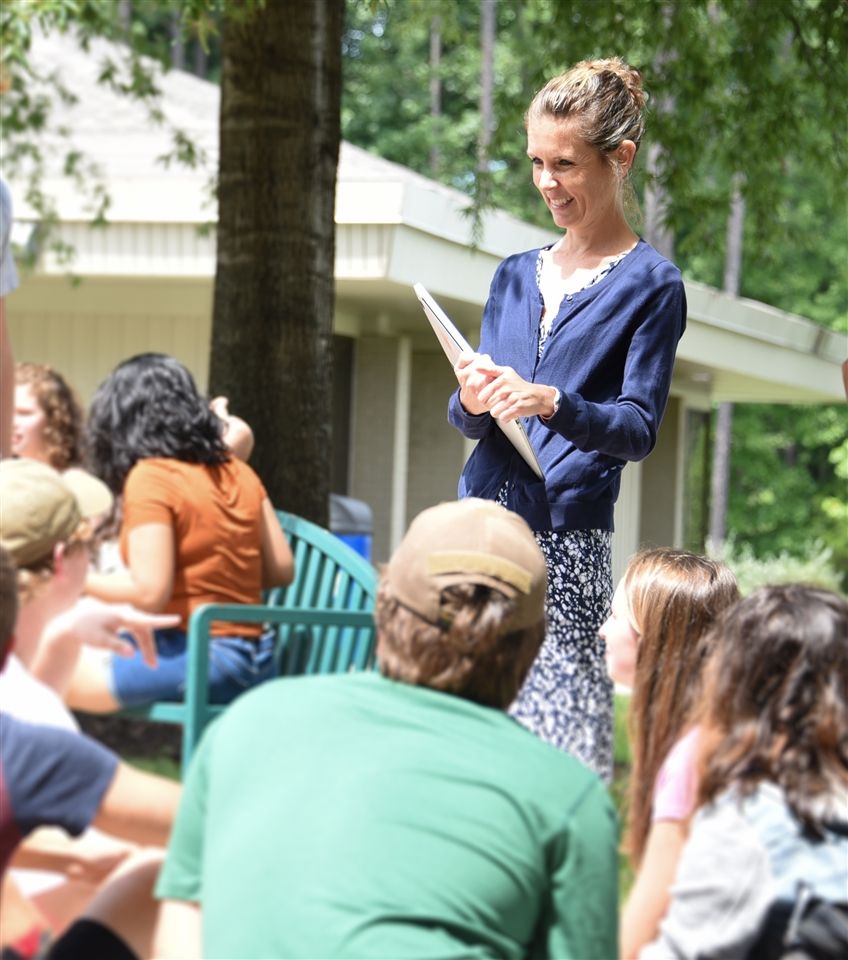 Connections is a regular online column, written from the first-person perspective of Laura Hamlin Weiler ’00, Head of Community Engagement:
In this space, I have the privilege of sharing stories of Trinity students, alumni, and faculty and staff who are carrying our mission beyond the boundaries of campus. Many of these stories might not make the headlines, but they will illustrate how every member of the Trinity community has a unique path to discover, and the ability to make an impact on both the Trinity community and the world beyond.

I am fortunate to have been a part of this community since my own adolescence. I have been a student, a teacher, a coach, and an administrator, and in these roles I have witnessed the school’s growth and evolution through the years. We have grown in size as well as spirit.

Stories here will capture how seeds planted at Trinity have taken root and flourished into full-grown passions. You’ll also read stories of those in our community who bring their gifts from outside to help us learn. At Trinity, we seek to develop lifelong learners, and stories here will illustrate real-life examples of that beautiful symbiosis.